Global Islamic Finance Awards (GIFA) is the most prestigious Islamic finance awards programme in the world, which was founded in 2011 by Edbiz Corporation as part of its advocacy for Islamic banking and finance. Since then it has annually been offering its top award – Global Islamic Finance Leadership Award – to heads of state or government (or equivalent) for their leadership and advocacy roles in promoting Islamic banking and finance in their respective jurisdictions or globally. The winners of this prestigious award are known as GIFA Laureates. This year’s Global Islamic Finance Leadership Award was presented to Ismail Omar Guilleh, President of Djibouti, for the great strides his country has made in the field of Islamic banking and finance under his direct patronage. It is due to the keen personal interest taken by President Guilleh that Djibouti is now serving as a gateway for Islamic banking and finance to the East African region. The award was presented to him by President Nursultan Nazarbayev who himself was GIFA Laureate for 2014. Other GIFA Laureates include Tun Abdullah Badawi, former Prime Minister of Malaysia (2011), Sultan Nazrin Shah of Perak, Malaysia (2012), Shaukat Aziz, former Prime Minster of Pakistan (2013), Muhammandu Sanusi II, Emir of Kano, Nigeria (2015), and Joko Widodo, President of Indonesia (2016).

Other prominent winners this year included the Emirate of Dubai, which was honoured with Global Islamic Finance Leadership Award 2017 in the Country Category. The Republic of Tatarstan was honoured with GIFA Championship Award 2017 for its advocacy of Islamic banking and finance in the Russian Federation. The award was received by Vasil Shaykhraziev, Vice Prime Minister of Tatarstan. 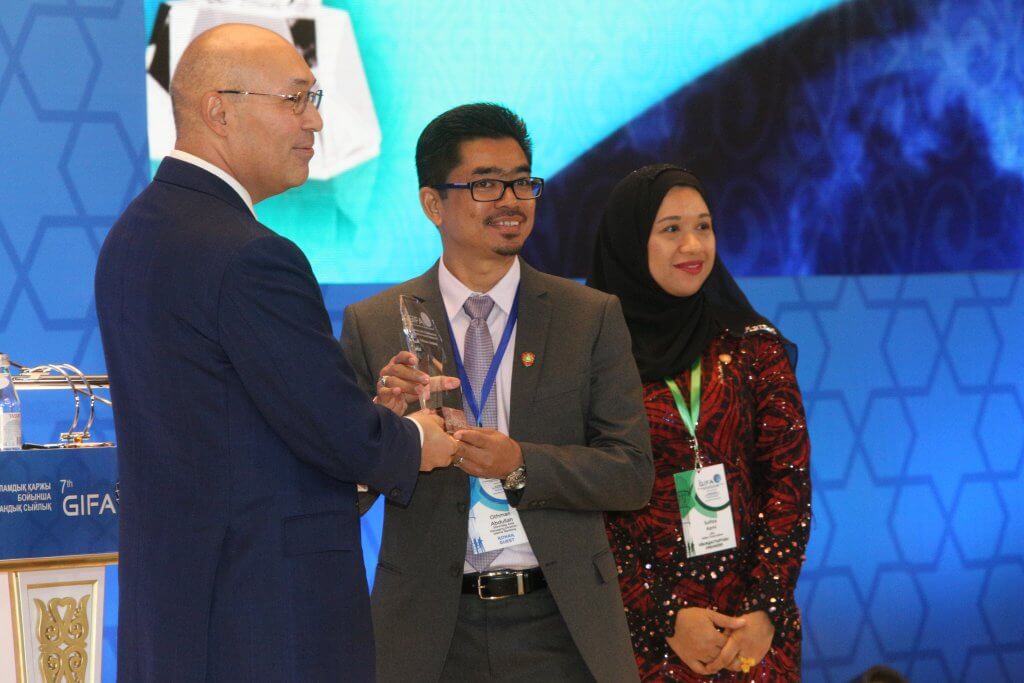